Society finds the internet a necessity in life because without the internet, we wouldn’t produce the same rate of productivity as we do now. All workplaces have internet for the convenience of their employees. Most houses have the internet now and it is more bizarre to not have an internet connection at home rather than having one. However, without internet service providers, we wouldn’t be able to experience the world of the internet. Malaysia is one of the countries that are actively investing in the development of the internet. When the internet was first introduced here, there were only a few numbers of internet service providers in Malaysia but now due to high demands from the people, there is a significant increase in the number of internet service providers in Malaysia, especially now that we are focusing more on the broadband industry, which is high-speed internet. Moreover, with the Mandatory Standards on Access Pricing, the internet subscription plans are so much more affordable and anyone can afford the internet now and this includes broadband. Thus, one can get high-speed internet at a low price, no matter who is the internet service provider. In the recent Budget 2021 announcement, the finance minister states that the Malaysia Communications and Multimedia Commission (MCMC) will allocate more than RM7 billion to help improve broadband service for the year 2021 and 2022. This shows the government’s emphasis in building and upgrading the broadband industry for the people and to show you the companies that are a part of this development, this article would list three of the best broadband one can find in this country.

TM is the national telecommunications company in Malaysia and it provides broadband services for many years already. From multiple reviews, it seems that the line speeds are steadily good and it is always possible to get full download speed all the time. TM also has good contractors that are considered experts in installing the broadband and such. It offers a decent subscription plan as well as starting equipment. However, the one downside of TM is their customer support. They are usually unreliable and inefficient but with the widest coverage offered in Malaysia, TM is the internet service provider that can be accessed no matter where you are in the country.

Time broadband offers high-speed internet for all Malaysians. Although they have been in the industry for quite a while, they were overshadowed by other internet service providers until they dropped the 1Gbsp service. Now they are one of the top internet service providers but due to it not being linked to the government, Time is mostly available in only high-density population areas. Time offers a full-fibre network, the high-speed internet would ensure faster and stabler internet. This internet plan has a better reliability than other traditional internets and it also has smooth connectivity which can ensure strong signal all the time. Their contractors and customer service are also very professional and neat which contributes to the little complaint about the company.

These three top broadband providers are some of the best in the country. If you want to know more about them and their subscription plans, especially Time broadband, you can Time fibre package Malaysia so that your decisions would only be the best among the best. 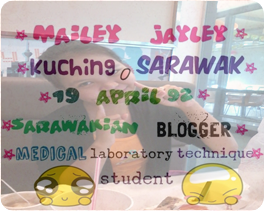